A perfect size for children – Tom and Ella-Rose messing about in the boat.

Mums can play too: Sus at the oars. 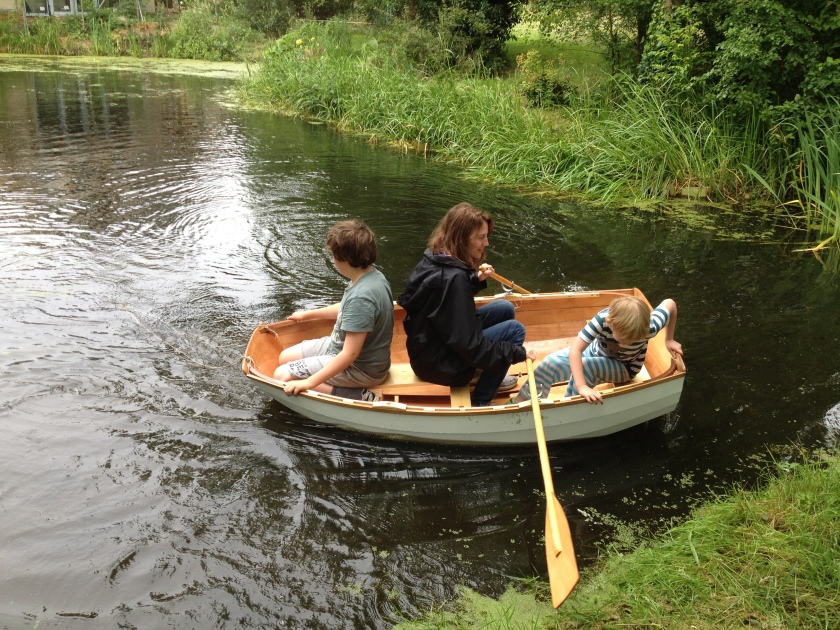 The Guardian newspaper has a long tradition of involvement with sailing, but many of its staff had forgotten all that when David Fairhall and I came up with an idea for a season of ocean racing. The paper was split down the middle by the plan.

It all came to a head in a spectacular fashion one day in early 1989 when every department head refused point blank to run a story and photographs of the launch of our Guardian-sponsored racing yacht. The former Prime Minister, the late Ted Heath, a well known sailor, had agreed to our invitation to launch the boat at a reception in Southampton. Heath was baffled when none of the photographs and copy about the event appeared in the paper. For some of my then colleagues, the combination of a top Tory and yacht racing  was too much to swallow. Mutiny was in the air.

For the 25th anniversary of the Guardian’s unusual ocean racing challenge, here is the full story –  find it using this link.