“Better drowned than duffers if not duffers won’t drown” was the telegram from their naval officer father that gave the children permission to go off sailing in Arthur Ransome’s Swallows and Amazons. We were a good ten years older than the children, and didn’t have to ask our parents when we set off across the English Channel in 1971. I still wonder how we twenty somethings got to France and back, after almost hitting a rocky beach at full speed and near misses with a freighter and an aircraft carrier, all at night.

Offshore sail training was rudimentary, and none of us would have known where to find an instructor even if it had occurred to us to ask. Most of the six crew’s experience was in dinghies, and not everyone had done even that much.  Maybe we exaggerated our skills a little. The charter boat owner was taken in. Read the rest by clicking this link 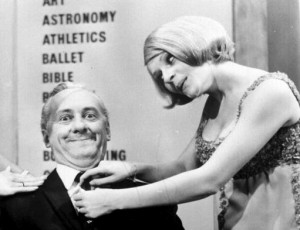 It was Hughie Green, the comedian and game show host, who financed my first boat, during the penny pinching 1950s. I was helped on my way by a passion for birdwatching, a campaign to promote sailing run, perhaps surprisingly, by left wing newspapers, and a working men’s institute in Kentish Town, North London, which offered boatbuilding classes. Read the rest by clicking this link

Brandy to the rescue

Brandy Hole sounds like a made-up name for a pirate story, but it isn’t: Deep in the saltings and mud flats of  the upper reaches of an Essex river,  it was always said to be a good  place for landing contraband;  it still could be,  for a modern drug, cigarette or illegal immigrant smuggler sneaking in from the Thames Estuary on a dark night. It was also a place for old boats to come to die, sagging their broken bellies into the mud of the creeklets that wander through the saltings. Some were used as weekend houseboats, until the rot and the constant rise and fall did for their ribs and planks, and they began to fill and empty with each flood and ebb tide. They would have made good hiding places.

Sailing a small dinghy from Brandy Hole was a challenge, because the river almost empties at low tide; in between it rushes in one direction or the other as the tide rises and falls, which provides a great lesson in how to manoeuvre with, against and across the currents. Read the rest by clicking this link

The left-leaning New Chronicle, controlled by the Cadbury family, launched Jack Holt’s plywood Enterprise in 1956. But the paper was failing, even with a circulation of over a million, and was absorbed four years later into Lord Rothermere’s right-wing Daily Mail.

It was not the end of newspaper sailing promotions, because two years later the Daily Mirror, with a largely working class readership, took up the theme with the Mirror Dinghy; it was also designed by Jack Holt, with the help of a then famous television DIY expert called Barry Bucknell, who devised a new and even cheaper method of boat construction in which the plywood hull shell was stitched together as if it was made of stiff fabric, with copper wire as the thread, and then glued along the joints with resin and glass fibre tape. Read the rest by clicking this link.

In dinghy racing in the ’50s and 60s, there were smart sailing clubs and there were the new clubs emerging on gravel pits, canals and reservoirs to sail Jack Holt’s budget boats. It was a very stratified world, which can still be seen on the shore at Cowes, where the clubs are in marshalled in order of rank,  starting at the seaward end: the exclusive Royal Yacht Squadron,  the Royal Corinthian and the Royal Thames, the Island Sailing Club and – originally for the local working boatmen of the town – the Cowes Corinthians.

My first boat and club were at the other end of the sailing spectrum from the smart clubs. Our neighbour, the former naval officer who helped me build my first boat, ran a boys’ sailing club based on the grimy Lee Navigation in North London, and he encouraged me to join. Read the rest by clicking this link

Figures of eight in Suffolk

Richard Jefferey’s  Bevis learnt to sail a raft on a mysterious lake in Wiltshire; the Swallows and Amazons  were taught to sail dinghies on glorious Lake Coniston, adventures which were the envy of a post-war generation of children;  the real Eric Tabarley went to sea in his father’s yacht along the wild Breton coast.  I boast  of a reedy fen in Suffolk, across the road from Southwold pier .

In 1953, it was no more than an expanse of brown water, a mere wandering off into a reedy marsh, much of it drained since then, that spread inland at sea level along the north edge of Southwold town.  The great East Coast floods, whose 60th anniversary was commemorated in 2013, had been six months earlier; the lake and the marsh had been inundated and were still draining. The water was brackish and the banks were of mud held together by seagrass and great fields of reeds. In the lake were several small islands, and on the lake, at a hire rate (I think it was) of 6 old pence (2.5p) an hour, were a dozen tiny flat-bottomed dinghies, 7 feet long. Read the rest by clicking this link