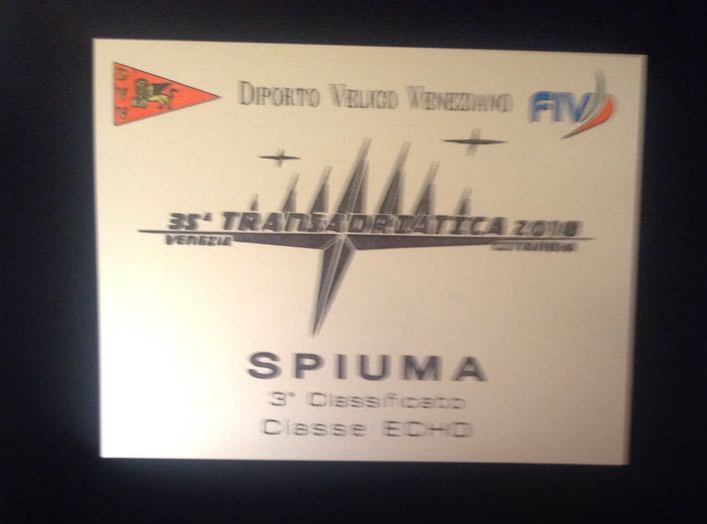 Here’s the certificate for third in class in the 2018 Transadriatica race – the second time in the race for me – from Venice to Novigrad and back, overnight each way in Martin Walker’s Spiuma. The certificate was presented to Martin recently, though the race was the weekend at the end of May and beginning of June.

This time we were third in both directions. The return leg was called off early and almost everybody retired, but our times were measured to the turning mark off the Italian coast, which we reached before the wind disappeared. 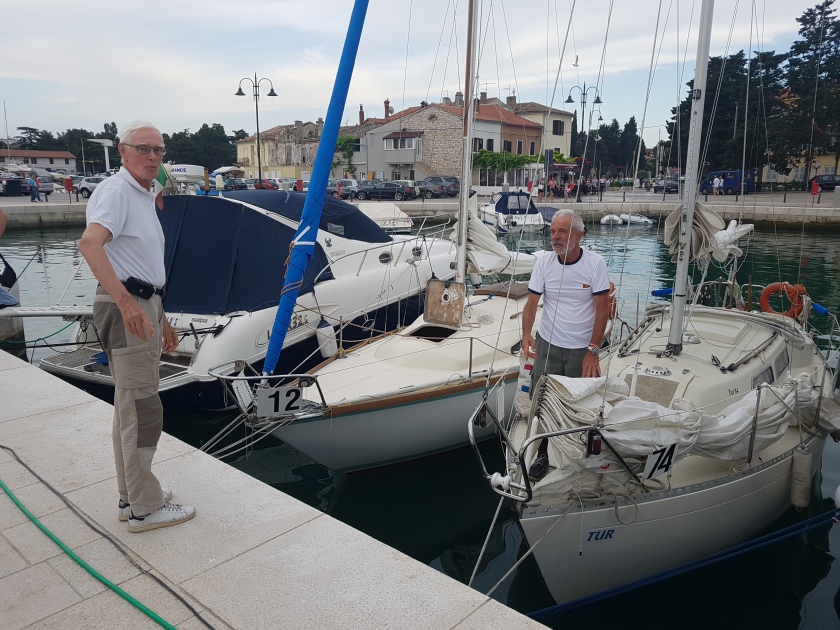 Martin on the left, Spiuma in the middle next to the motor boat.

A great weekend, with a dinner in Novigrad and a vineyard tour the next day before the 8pm start back to Venice, which was in very light winds (below). 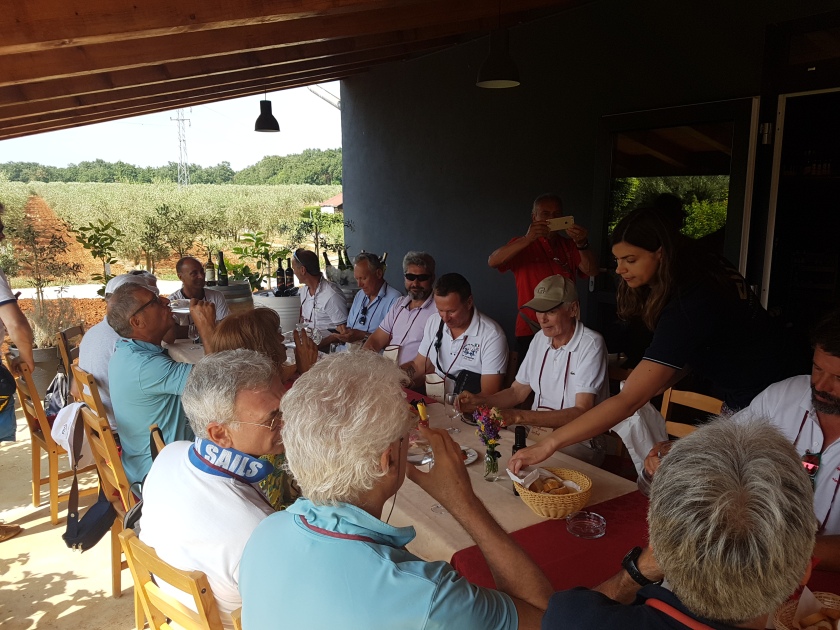 A tasting session at a vineyard 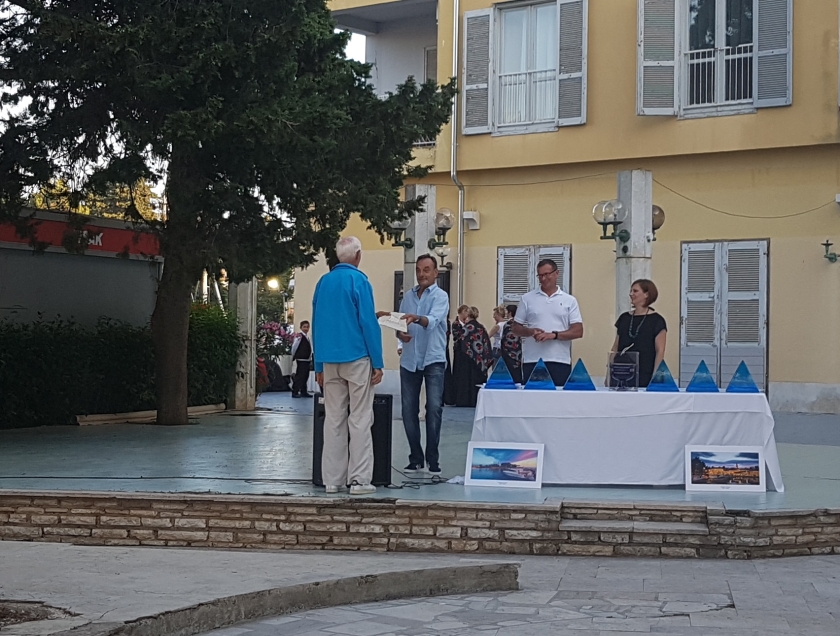 Here’s Martin in Novigrad being presented with one of the prizes for the first leg, in which Spiuma was third in class and also awarded the smallest boat prize.

It was just the two of us on a 26 footer so with the chute up all night we were both pretty tired by dawn on the way home. But it was a really enjoyable weekend.