How do you pronounce bowsprit? I’m usually against language pedants, who try to foist the views of Victorian grammarians onto the 21st century. But this word is my one little obsession, ever since getting a letter into Yachting Monthly on whether the first syllable of bowsprit should rhyme with dough or cow.

I was reminded by contemplation of this lovely boat recently. 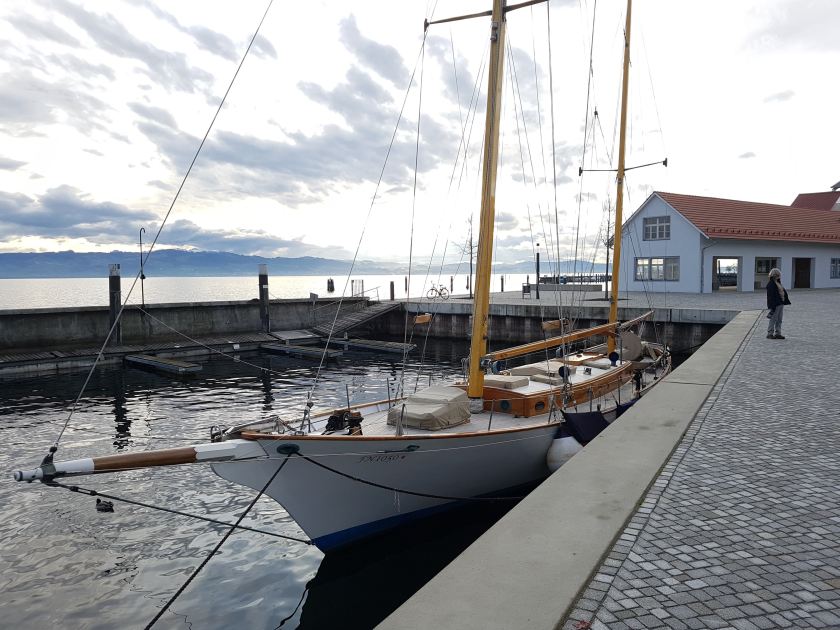 I can’t remember why or when, but I learnt to pronounce bowsprit to rhyme with dough as a child. In fact, the similar word bowline is always pronounced like dough. So why the difference?Nobody contradicted me on bowsprit till adulthood, partly, I suppose, because I did not know anyone with a boat with one.

But once I met people who used the word practically rather than just read about it, I found myself in a tiny minority: indeed, a handful of people I met were so irritated by my pronunciation that I wrote to Yachting Monthly for a ruling.They published the letter and the deputy editor sent me a private note saying he agreed with me that it should rhyme with dough – but it was obviously too sensitive an issue for such an important journal to take sides in public!

The Oxford English Dictionary agrees it should rhyme with dough, deriving the bow in bowsprit from Middle Low German and Middle Dutch. The online OED can speak the word, too, and it is my way.

I know I am being a touch inconsistent, because I am also convinced that language should evolve the way people actually use it, and not be held back by pedants (see books by David Crystal and David Shariatmadari).

So mine may be a losing battle. The reality is that the pronunciation of bowsprit has changed with popular usage – but don’t expect me to give in any time soon….