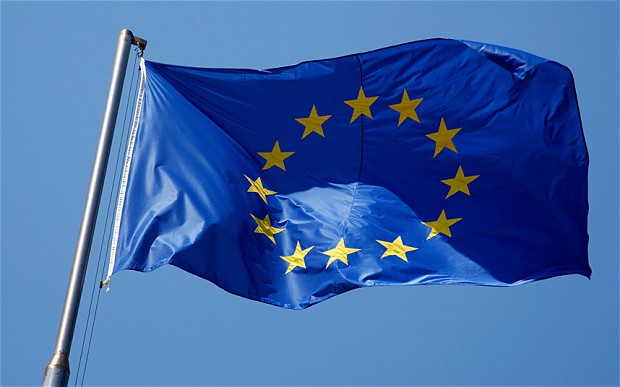 We’ve been looking into the impact of Brexit on our sailing, on the assumption that at some point we will be treated as a third country, just like US and Canadian sailors who cross the Atlantic to visit the EU. If there is a hard Brexit at the end of March, this could all be upon us next season. The result is likely to be a long term increase in paperwork and bureaucracy and a permanent annoyance for British yacht owners.

Even as EU members we have not been bureaucracy free. Because the UK is outside the Schengen zone, we have been obliged in theory to show our passports on arrival, though some Schengen countries such as France often do not bother to enforce passport checks on yachts. (That might be changing, because in July, for the first time in many years, we were boarded on a mooring by French customs officers in a RIB, whose only interest was in our passports).

The boat itself has the usual paperwork, including evidence that EU VAT has been paid, though we have never actually been asked for this in France, Ireland or the Netherlands. Only in Croatia and Greece (of the EU countries where we have sailed, in those cases on other people’s boats) has it been routine to be asked to show lots of paperwork. Arriving in Italy a few years ago, nobody seemed to care, though they are now tightening up.

We nevertheless treasure the paper customs receipt for the VAT paid when our boat, Spring Fever, was imported to the UK from the non-EU Channel Islands, where it was first owned. It is a very valuable document, and cannot be replaced.

Two EU countries, Portugal and Croatia, currently go further than asking for VAT receipts, and are reported to ask for a piece of official customs paper called a T2S, which declares the boat is Union goods in transit. It does not actually prove VAT has been paid, but we have acquired a T2S from UK customs just in case it is more widely required. (The Royal Yachting Association has a good explanation of how to do it and will supply the official form plus a marked-up copy showing how to fill it in – essential unless you are knowledgeable about goods in transit).

In a hard Brexit a T2S may well be wasted paper, but there are soft-Brexit scenarios in which it would still be useful. The best hope is that post departure negotiations lead to acceptance that boats on which UK VAT was paid while we were still members remain eligible to sail within the EU without restrictions.

If that is too much to hope, then it may at least turn out to be true during the transition period in a soft version of Brexit (including the Prime Minister’s beleaguered plan, if it were miraculously accepted by parliament).

It is safer to work on the assumption for the moment that at the end of March 2019, rather than after a transition period, we will be treated exactly as if we were from the USA or Canada, or some other country outside the EU. There would then be some basic rules to comply with. They treat people and boats very differently. The boats come off best.

(1) As a third country – an EU term for non-members – Britons will be restricted to staying no more than 90 days in the EU within any 180 day period. This will be a nuisance for long term cruisers, who will need to plan their time on their boats in three month sections, leaving in between (unless they apply for residence, which is a long and difficult process, with potentially serious tax implications in most EU member states, and possible requirements to acquire maritime qualifications in the language of the country).

(2) The actual boats will be allowed in much longer. There is an 18 month grace period before they either have to leave Union waters or VAT has to be paid to import the boat.

At that point, the boat would also have to have papers confirming that it conforms to EU standards of yacht construction, which is an expensive business for a yacht built outside the Union without EU certification, as some US owners have found. That would be a big incentive to arrive with a boat built in the EU, with official certification.

For UK-based sailors who cruise to France and back each season, the restriction to 90 days and a maximum of 18 months before VAT becomes payable on the boat should not be a problem, as long as they arrive armed with the correct paperwork . But that 90 day personal restriction and the 18 month temporary importation could be a real annoyance for the thousands of British boat owners who keep their boats permanently in France or other EU countries.

The 18 months temporary importation of the boat is strictly conditional.The boat has to be:

(1) Imported by someone who is not a resident of the EU.

(2) Registered outside the EU and owned by a person who is not a resident of the EU.

So for UK residents who own their boats in the UK it should be straightforward. The word resident is the important qualification, because the passport held by the importer and the owner – not necessarily the same person – is irrelevant.

So it looks as if an EU national who is legally resident in the UK can still apply to keep a boat temporarily in the EU for 18 months as long as condition (2) is also met.

Conversely, there is a trap lurking here after Brexit. A skipper resident in the EU taking a boat owned and registered in the UK across the channel may be ineligible to claim the 18 months because the two main criteria above have not been met. There is a risk of a VAT charge.

We had this problem on a cruise in a non-EU owned and registered boat in Greece a few years ago. The skipper and three crew, including me, were EU residents; the Greek authorities said the boat would be liable for VAT if it did not leave for a non-EU country within 30 days. At the end of the 30 days, an extension was requested because of bad weather but was refused, with a threat of impounding, pending payment of VAT.

On checking later with the Royal Yachting Association in the UK, I was told we were lucky, because we would have been allowed only a day or two, not 30 days, in Britain. I can now see why this matters in the UK: without this rule, half the yachts moored on the south coast would be owned in the VAT-free Channel Islands.

All very technical, but we sometimes sail with EU resident crew with British passports, and one co-owner (me) has an Irish passport as well as a British one. Using my Irish passport, I seem to be in the clear on VAT for 18 months after arriving in France as skipper and co-owner, because I am a UK resident. If I lived in Ireland and used an Irish passport, it seems I would not be able to take the UK-registered boat to France because of the risk of a VAT charge.

There are certain tightly defined circumstances in which EU residents may use a non EU boat without losing the 18 months temporary admission. They can be read in detail in Section 5.4 of the official UK guidance by HMRC, updated in November 2018. The guidance note as a whole is essential reading because it sets out the full VAT rules for boats, as they apply to to boats brought into the UK while we remain EU members.

This link is to the relevant pages at UK customs.

An issue to check further is whether other EU countries interpret the rules the same way. The French customs website pages on VAT which include a section on temporary importation, agree with the main conditions as described for the UK, but I haven’t yet found the equivalent of the UK customs notice above explaining the detailed exemptions as they see them. Still working on it.

This link is to French customs.

There’s an awful lot more to find out as the situation develops. The RYA has been doing the main lobbying of government but has been reluctant to advise members on possible scenarios and how to deal with them. On that front, the Cruising Association has been far more active through its technical committee and it’s web discussion forums for members, which have been very useful and are becoming cutting edge on this, certainly compared with the RYA. Worth the modest investment of joining the CA for that alone as we approach a possible Brexit cliff edge.