At the Royal Institute of Navigation’s small boat conference in Lymington earlier this month, I learnt a lot about  new risks of error  in satellite navigation : I did not know, for example, that it is possible with quite cheap local equipment to fool the GPS on a plane, ship or even a missile into thinking it is somewhere other than its real position.

There are now tens of thousands of reported incidents of errors, deliberate, accidental or of unknown cause, with a substantial number of them unsurprisingly in sensitive areas such as the Gulf, and the Black Sea near Ukraine, suspected to be hostile activity.

Reports of accidental errors include a couple of local failures when US naval vessels arrived in the port of San Diego, apparently forgetting to switch off unspecified electronic equipment, which interfered with satellite-derived positions for miles around.

These are serious issue in defence circles, and of course for boats and ships of any kind near a source of interference or one of the ‘spoofing’ attacks. It is easy to imagine some disruptive force deciding to get hold of the equipment and blocking position-finding in a sensitive commercial area such as near an airport or in a vital shipping lane.

Satellite positions are integral to the operation of every form of commerce, from planes and ships  through mobile phone masts and everyday driving, Amazon deliveries and Uber – you name it and somewhere in the business location finding is vital. So there is increasing pressure to redevelop  an old ground-based system called Loran as backup. Loran has not been switched off, but would now need a lot of development and investment. If you want to know more, look at the website of the Washington-based Resilient Navigation and Timing Foundation.

GPS is just one of five satellite position-finding systems in operation, all now called GNSS (Global Navigation Satellite System). GPS, like the word hoover, is a US name that is in danger of wrongly becoming the label for  a whole range of products.

Other GNSS now running include the Russian GLONASS and the EU’s GALILEO – so in one sense there’s a lot better backup against total failure. GALILEO was completely out of operation for a while last year after operational mistakes were made by its staff. It was only in the start-up phase but the fault  proved that a single system can go down. 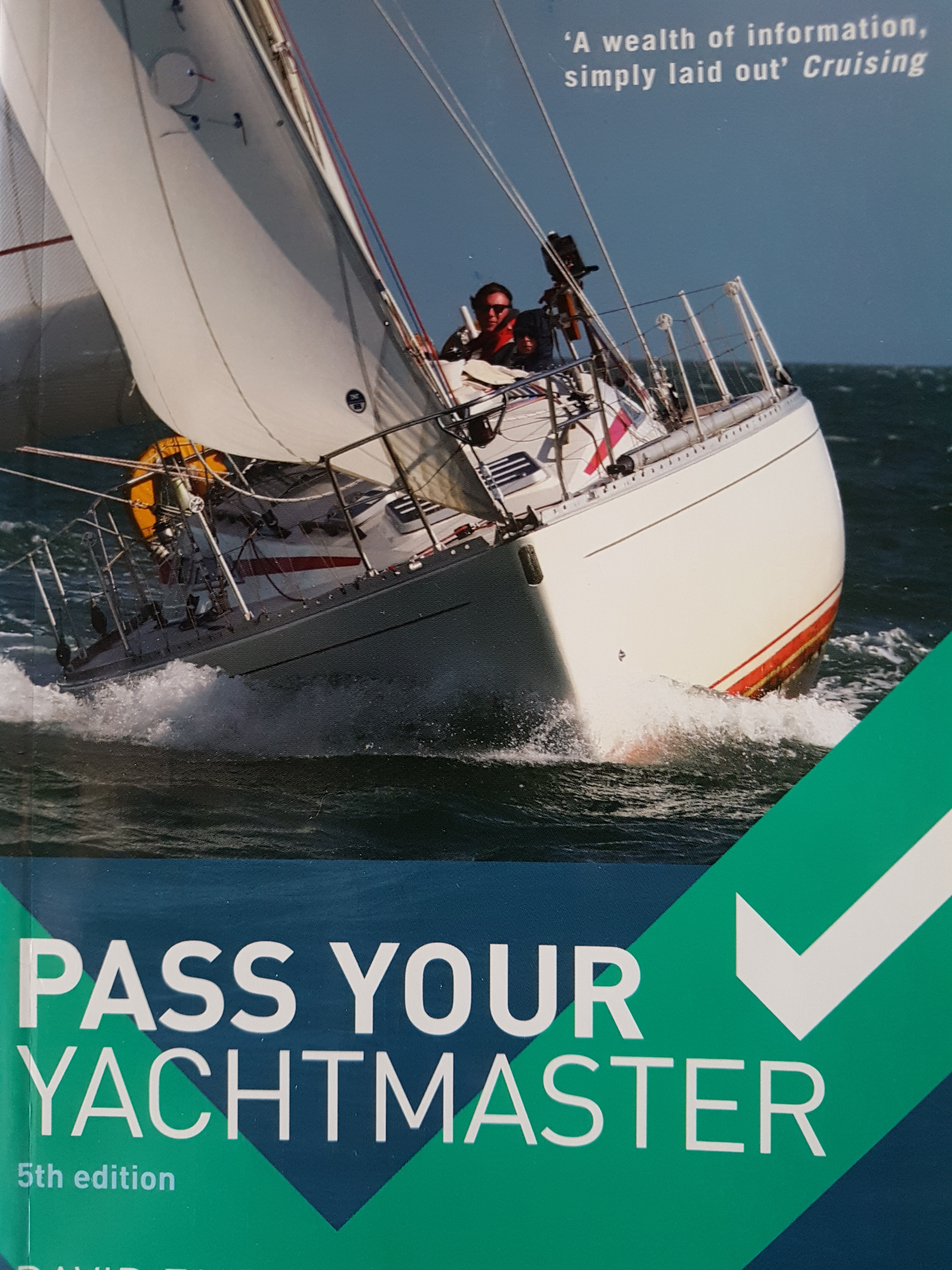 The cover of the current 5th edition of Pass Your Yachtmaster

I was at the conference because I have been commissioned to update an excellent sailing book, David Fairhall’s Pass Your Yachtmaster, illustrated with hilarious cartoons by the late Mike Peyton.

Completely coincidentally, the cover of the current edition has a nice but anonymous photo of a Sigma 362, the same model as Spring Fever. Having done 11 seasons polishing and antifouling, I recognise the detail of that bow!

David has updated previous editions of the book, first published in 1982, but asked me to take the baton for the next.  The book is a primer for students doing the Royal Yachting Association yachtmaster exams and tests.

I have to say that re-reading  David’s book and many others on navigation has reminded me of several things I ought to remember, and certainly knew when I did the exam and practical test in the 1980s, but had forgotten, so it’s a good exercise for more than one reason.

Back at the yard, plans for sailing to Spain are firming up so we’re making a couple of small improvements to the boat and some minor repairs. We’ve also booked for the Cruising Association’s Biscay Day in London in March where we will meet others sailing that way.

One annoying issue on Spring Fever has always been the need to lift the anchor from the bow roller a couple of feet along the side of the boat when retrieving it to stow in its locker. I’m always afraid that this is going  to damage someone’s back, holding a 15 kilo weight plus chain at a very awkward angle on a potentially rolling boat.

The reason is that the drum of the Furlex reefing gear almost touches the deck, a feature from the boat’s racing days to maximise sail area, so it blocks the anchor from being lifted straight from the bow roller. We are looking for a rigger willing to shorten the forestay with the mast up, to lift the drum 8 inches so the anchor can be pulled up through the roller, and if necessary lashed and dealt with later. Our usual rigger is not keen because he works alone and it needs two experienced  people, he says.

The sail luff can be shortened at the head because it is very narrow there. Our sailmaker is taking 9 inches off but we will lose only about a square foot of sail area.

We’ve also decided to install a holding tank, so the lavatory can be used when we’re somewhere, er, sensitive to such things eg a marina or swimming bay. Nobody ever asks in the UK or France but Spanish authorities are thought to be more vigilant in checking that boats have holding tanks to store their waste on board, an EU requirement. Very few places have pump out facilities to empty tanks so the usual procedure is to empty them by opening the discharge valves a few miles out to sea.

Spring Fever is ashore this winter at Kingston, the Cowes Harbour Commission yard, rather than at Cowes Yacht Haven, whose prices have been creeping up by the addition of extras. The Haven also focuses on expensive racing boats whereas the Kingston yard, which is very friendly, is mainly full of older boats like ours, so we immediately felt more at home. It is not as conveniently sited, but it is looking like a good switch.